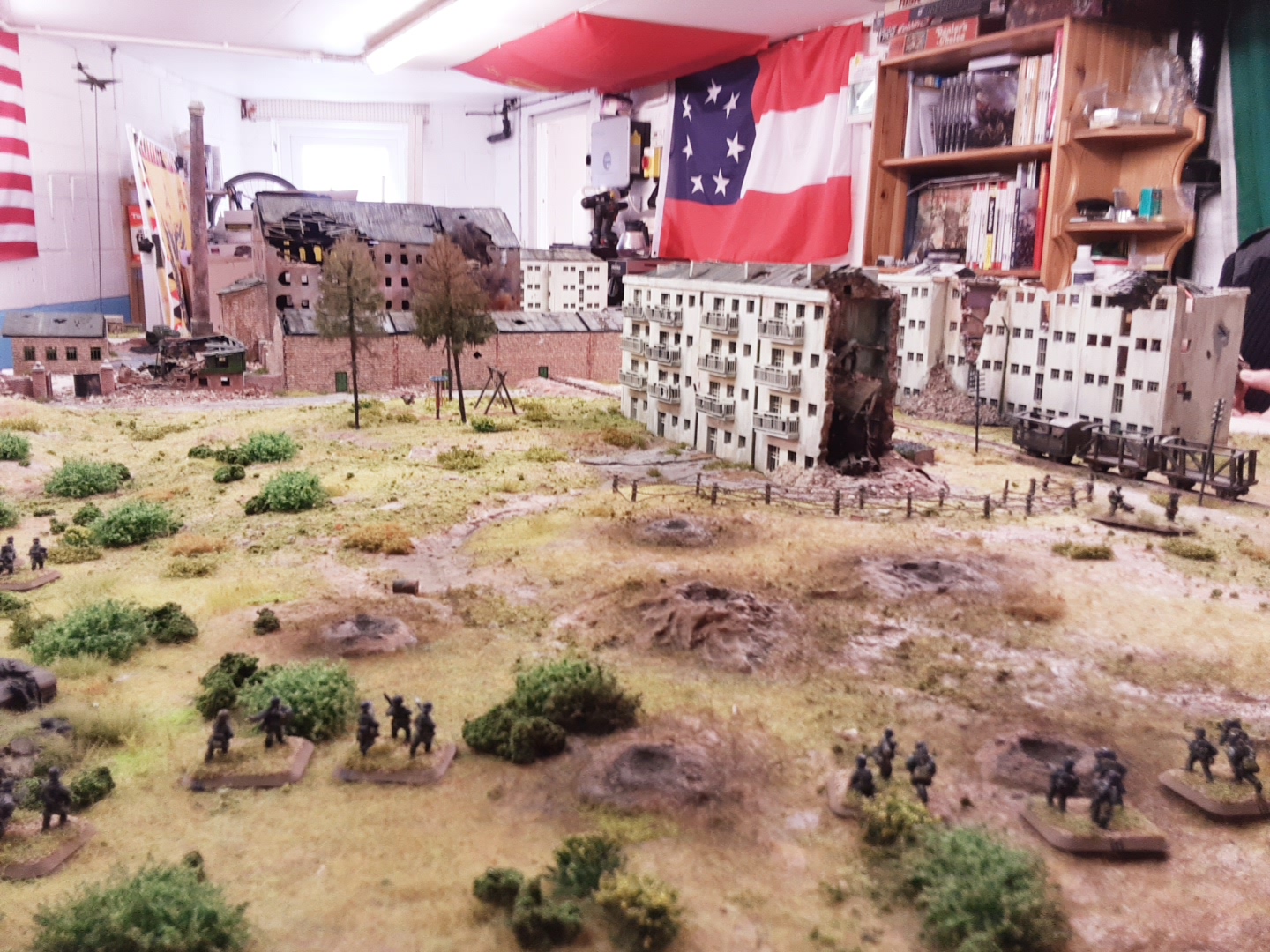 Many months ago, probably just after Salute 2019, Martin decided he was going to “do” Stalingrad properly for Salute 2020 and he set about the design and construction of the terrain as well as thinking about how we would play the game. The centrepiece would be the battle for Pavlov’s House.

The rules for the on-table game would be David Brown’s forthcoming “O Group” rules, which we planned to offer as a participation game on the day, but that would not address the significant challenge that the Soviet’s had in bringing troops across the Volga and into the battle. To build that into the scenario Martin decided to borrow some concepts from the boardgame Pavlov’s Houes by Dan Versson Games. The combination has now been tried and works extremely well.

Martin provided “work in progress” photos as he moved through the project. Phase 1 was the initial build.

Finally the pieces were taken to Gary’s house where the whole thing could be laid out and Gary then worked with Martin to add the park and other terrain features.

Martin is still working on the vignettes that will make the game even more special.

We hope to roll this game out at a show as soon as possible, perhaps the Colours show at Newbury. It may still make it to Salute – but that will be next year …

On the Workbench – 6mm WW2 Brits